Top 10 Easiest Countries to Pick Up Girls in Asia

Asia is huge a really fun continent to meet girls, the locals are cute but the biggest draw cards in most of the countries are the touring women. Asia is a booming tourist destination and many of the world's hottest young women decide to go on an Asian vacation. It has many perks, the favorable exchange rate with countries like the US and England makes it very attractive for students looking for a cheap getaway and many of these girls leave their reservations at home when they go on these trips. Take a look at this list for the top 10 countries in Asia to pick up girls, both local and foreign.

Thailand is one of the world's favorite touring destinations, taking a trip to this beautiful nation with several islands has become something a must do to many of the world's young people. The sought after nightlife brings a decided party atmosphere to everyone who visits. Massive beach parties at full moon and banging clubs mean that there is plenty of opportunity for single guys to pull.

The local girls are very into foreign guys and there are quite a few really cute Thai girls in and around the party scene but also the big ticket girls are the tourists, the majority of the tourists are European and American and here we are talking about girls who aren't particularly well behaved. Thailand has so many great cities, islands, beaches and bars to find single girls who are looking for a good time and if you have a shred of confidence or might be in need of a little liquid courage, then you'll be in luck.

Some of the best pick up locations in Thailand:

Vietnam is one of the top countries in Asia to pick up girls because it is also one of the most popular destinations for foreign girls looking to get away from stress at home. One of the most popular things for students from around the world to do is to go teach English in Vietnam. When these girls get here they are excited to get away from home and likely to explore what the world has to offer for them. This works perfectly in the favor of guys looking to pick up a girl who isn't looking for anything serious.

The other side to picking up girls in the country is also the option of the local girls. Asian girls just do it for some guys and if you are one of those who fancy one of the more friendly, petite and reserved Asian girls then go for it. Vietnamese are some of the most friendly girls on the whole continent.

Some of the best pick up locations in Vietnam:

When you think about the best Asian countries to pick up hot girls, Cambodia might not be the first place that comes to mind for many but here in this hidden away treasure trove of women you can have lots of fun. The local girls are mostly Buddhist and thus are very religious so their priorities are family and their religion. While they have some strict cultural rules some of the local girls are still up for some harmless fun and some of the local girls are really hot. The petite, well groomed Asian girl is a big attraction for many guys and if you are one of those then a local girl will be perfect for you.

The best chance you'll have of picking up girls in the country though will be with one of the many tourists moving through the country, with neighboring nations like Vietnam and Thailand. There are thousands and thousands of tourists visiting every month. The tourists are mainly American and European and are always looking to make their holidays memorable. The foreign girls are less likely to reject you anyway, and will often be better looking.

Some of the best pick up locations in Cambodia:

China is one of the most popular countries in all of Asia. It also has one of the biggest populations in the world and is full of opportunity for the single young man. The Chinese girls might not be the best looking but their traditional Asian features can be appealing to some.

With China being one of the economic hubs of the eastern hemisphere there are many foreign nationals living here. Thousands of Europeans move here for work while there are many students who move to mainland China to teach English. These students are the easiest of the girls to pick up. They are living in a foreign land, getting paid a pretty good salary and are living unsupervised and therefore tend to let their hair down a lot more than the local girls who are very much worried about what their families think.

Some of the best pick up locations in China:

One of the easiest countries on the whole continent to pick up girls is the republic of the Philippines, the local girls are some of the best looking Asian girls. The locals also love dating foreign guys and will almost certainly go for any guy simply because he doesn't look like them. The local girls are easy to please, buy them a few drinks and take them out to a club and they'll be putty in your hands. The nightlife in the country is vibrant and once the sun goes down your chances of picking up a girl skyrockets.

There are also plenty of willing and able tourists to pick from in the Philippines. While they might not be as easy as the locals they are just as hot if not better looking and are equally ready to party. Most of the tourists are from Europe or countries like Australia, the USA, Canada and the UK. All of these countries are known for having girls who are more than willing to cut loose.

Some of the best pick up locations in Philippines:

Places like Jakarta are densely populated and there are many local girls to choose from. The local girls are not the best at dating though and there are a few reasons for it, they are mostly of Islamic religion and therefore are very conservative, they're not very confident at all and will definitely not approach you first. On the other hand, there are thousands of girls from all over Indonesia who are going to Bali to meet tourist guys. Even those who are very conservative in their home city, might turn to a wild cat in the "more liberal" locations as Bali, Lombok and Gili Islands.

Some of the best pick up locations in Indonesia:

Korean girls are super cute, the fair skin tone and dark hair are two of the most attractive qualities among the local girls and they are truly some of the most pleasant girls in all of Asia. Whilst they are a little more conservative a lot of the younger girls are breaking “tradition” and becoming more independent and outgoing and looking to have more fun.

South Korea is also a growing tourist destination but the majority of the foreign girls in the country are actually working here and not just visiting. The foreign nationals are more inclined to be out and about at night and will be more willing to engage in after dark activity. South Korea is definitely one of the most underrated places to meet girls.

Some of the best pick up locations in South Korea: 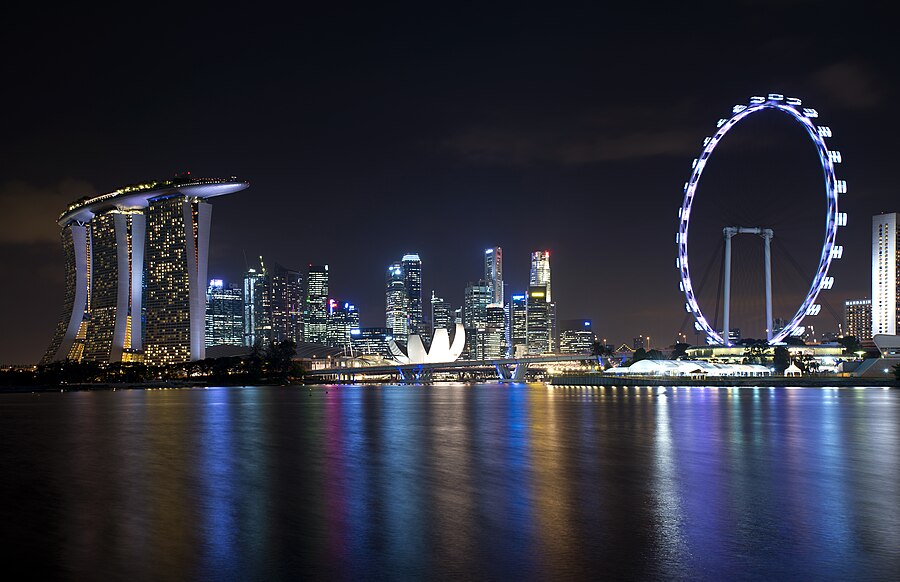 The Marina Bay Sands in Singapore

Singapore is one of the busiest cities/states in all of Asia with its growing economy and booming population. It is becoming one of the most visited tourist destinations in the east. The local girls are very sweet and super attractive, they are friendly and very attractive, their dark hair, fair skin and pleasant demeanor are attractive to almost any guy. Nightlife in Singapore is buzzing and going to bars and clubs is a great idea when looking to meet girls.

With it being such a popular port there is a fairly large foreign population, be it tourists are foreign nationals there are some of the most beautiful girls from around the world in the country just as willing and keen to party as the local girls. 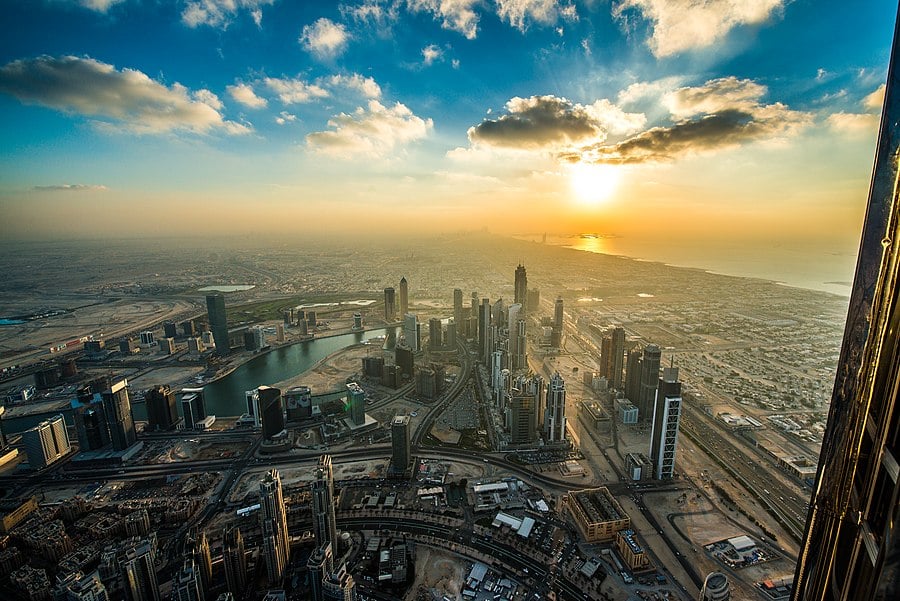 The UAE is one of the more conservative countries on the list and there is almost no chance that you will find a local girl interested in any relationship that isn't marriage so the only option here is to pick up tourists.

With beautiful cities like Dubai and Abu Dhabi, the UAE is one of the most visited places on earth. Some of the wealthiest and most beautiful women from across the globe gather here to get away from the stress of work or bad weather where they are from and they come to the UAE to unwind and have some fun making it the ideal place for a wealthy guy looking for a good time.

Some of the best pick up locations in United Arab Emirates: 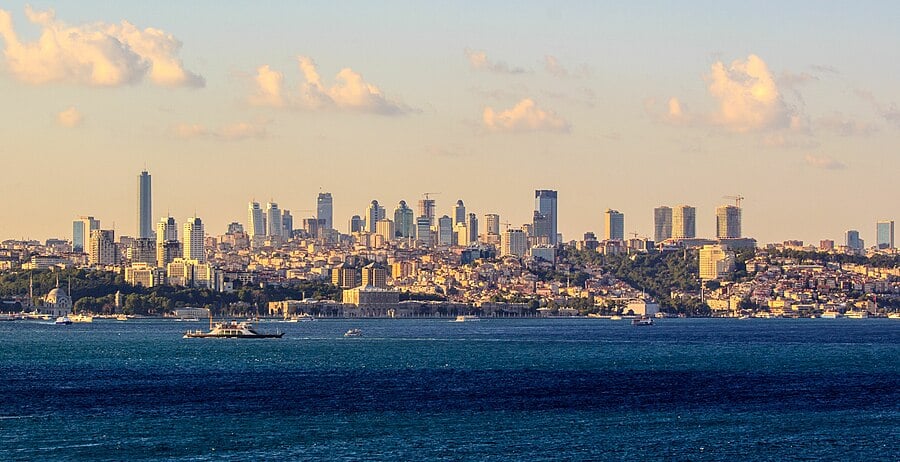 Turkey hasn't quite come as far as many would have thought in terms of their women having independence but that is fast changing and making it one of the finest destinations to pick up girls, moving away from women being housewives and being put into arranged marriages has been a big part of the westernization of the Turkish women. The local girls are breathtaking and will catch the eye of any man visiting.

The best time to pick up girls will always be at night as the major cities like Istanbul are buzzing with both locals and tourists. If you show you can respect the girls, then you've done half the job. All that's left to do then is to look the part and you'll be on the right track.

Some of the best pick up locations in Turkey: